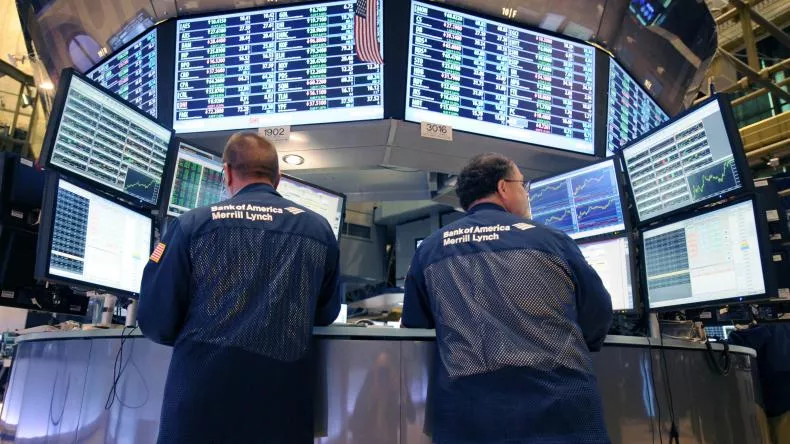 To Win Our Trust Back, Congress Should Enact A Stock Trading Ban | Opinion

The structure of the United States government depends, on paper, on a relationship of trust between voters and our elected leaders.

Sadly, though, the American public’s trust in Congress is fragile at best these days. It has eroded for a variety of reasons, but as investment professionals we find the phenomenon of career politicians trading stock and growing rich in office particularly troubling.

Congressional stock trading has long been a stain on our republic. While we are committed capitalists, a clear line needs to be drawn when it comes to public servants. They are in Washington to serve, not to fill their coffers, but this fact became irrelevant a long time ago.

Fortunately, a new and surprisingly bipartisan push to curb congressional stock trading is gaining momentum on Capitol Hill. It is a change that has been a long time in coming.

Although members of Congress currently have to answer to the STOCK Act—which requires lawmakers to disclose any trades made by themselves, their spouse or a dependent—the law did not go far enough. As of January, the STOCK Act has been violated by more than 50 members of Congress. Its requirements simply weren’t enough to stop numerous lawmakers from buying and selling stocks and protectively lining their pockets during the early days of the COVID-19 pandemic.

Some historical research suggests that Senators in particular, and Representatives to a lesser extent, have outperformed the S&P 500. This research predates the STOCK Act and was used to support it. More recent research, however, is mixed.

Our industry is heavily regulated to safeguard against the use of insider information for profit. The largest investment banks maintain a list of companies they are actively dealing with and employees are prohibited from trading them. To our knowledge, no financial firm explicitly bans stock trading, but compliance with the rules is often difficult enough that employees don’t trade individual stocks, instead using ETFs, mutual funds, managed accounts and blind trusts as acceptable alternatives. We initially felt the STOCK Act introduced a level of compliance for legislators similar to that of financial firms, and that its requirements would be sufficient.

In light of unfortunate recent events in which members of Congress clearly abused non-public information, the high level of trust the public bestows on elected officials and the availability of investment alternatives to individual stock trading, an outright ban on stock trading for elected leaders should be considered.

Unsurprisingly, some leaders on the Hill have defended their right to line their pockets through stock trades. Nancy Pelosi and Steny Hoyer both have rejected suggestions of a ban on the practice, while President Joe Biden, who spent four decades on Capitol Hill, has mysteriously decided not to join in the debate over whether his former colleagues should be allowed to get rich instead of working for the American people.

It’s a pity some party leaders are averse to any kind of ban, but it’s nonetheless encouraging to see so many rank-and-file lawmakers add their voices to the calls for one. Aside from the very clear ethical questions in play, it generally just looks bad for someone in a position of power to do extra business on the side to make an extra penny.

Consider the fact that the annual fixed salary for a member of Congress is $174,000. That’s already more than what a good chunk of the American public makes annually, and that’s before we consider the fact that many members who are married also live in dual-income households. To many Americans, someone making that kind of money in their day job would no doubt seem greedy if they’re going out of their way to rake in cash through stocks.

But that’s precisely what we have here: greed on the part of those who are paid by voters to go to Washington and bring home results.

We are committed investment professionals and, as we said before, committed capitalists. We founded our own investment fund—American Conservative Values ETF—because we love living in a free-market economy where anyone can do or be anything.

However, we are also voting American citizens who are concerned with the number of lawmakers who devote so much time and energy to themselves instead of their constituents. Until members of Congress take steps toward a reasonable stock trading ban, we and other citizens may never fully feel like we can trust our public servants.

Bill Flaig and Tom Carter are the cofounders of American Conservative Values ETF.