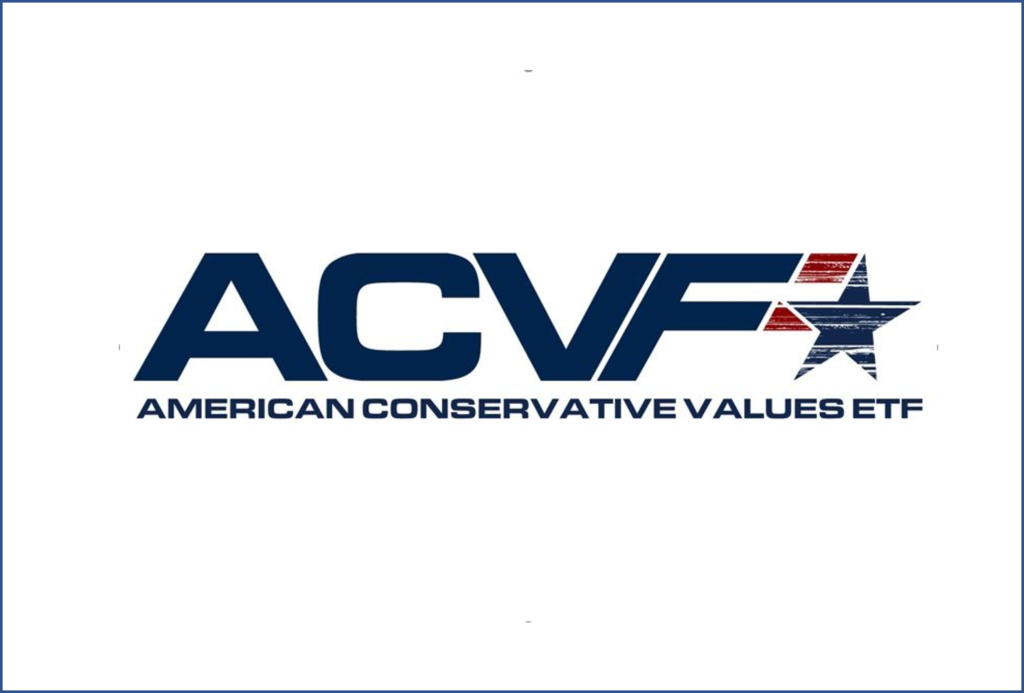 The American Conservative Values ETF (ACVF) is based on the conviction that politically active companies negatively impact their shareholder returns as well as support issues and causes that conflict with their conservative political ideals, beliefs, and values.

“Our aim is to use the shareholder proxy season to ensure corporate policies are based on cost-benefit analysis and not based on a corporate feel-good,” states ACVF CEO and co-founder William Flaig.

ACVF believes the economic tool of denying companies capital is a powerful and immediate impetus for management to focus on business. ACVF refuses to invest in the companies most at risk to the “woke/liberal agenda” and its wasteful misallocation of investors’ capital.

For the less at-risk companies in which ACVF invests, the belief is that shareholder advocacy can positively impact corporate performance in the long term.

“Both approaches – boycotting and traditional advocacy – offer the potential to effect change and should be pursued, based on my 25-plus years of investing experience. I believe capital allocation will most assuredly be effective,” noted Flaig.

ACVF’s President and co-founder, Tom Carter, reiterated: “We do not want to give the companies that are eagerly working to destroy conservative values our hard-earned investment dollars, and neither should you. Companies like Walt Disney, Blackrock, Google, Amazon, and others.” [List of Boycotts]

Shareholder engagement targets corporate initiatives that appear to prioritize activities beyond the interests of the shareholders. These activities need to either be justified to shareholders or ceased. As shareholders, ACVF feels their net benefit should be measured and quantified using sound financial analysis. Without a business justification, sincerity and motives are open to debate.

“Corporate initiatives that push environmental, social, and governance (ESG) policies, particularly diversity and inclusion initiatives, are targets of ACVF’s shareholder advocacy.” said Carter. He added “We believe in meritocracy in employment and although diversity can be good in certain instances, mandated diversity can negate hiring policies that should be based on merit.”

ACVF takes a strict approach that seeks good governance and maximizing shareholder returns. They look negatively at proposals that subordinate this focus to political agendas.

“I’m realistic, a small percentage of resolutions pass and virtually all shareholder resolutions are non-binding. That said, this is an excellent way to get the attention of investors and the general public about policies that can harm companies’ brands, insult the values of politically conservative investors and consumers and destroy shareholder value,” added Flaig.

Both formally through governance and informally through outreach, ACVF seeks to combine its advocacy efforts with other institutional shareholders and groups that share their views.